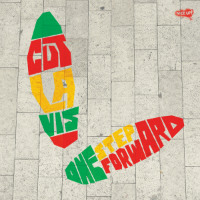 Following in the footsteps of Mr Benn’s Shake A Leg from two years ago and in a not dissimilar ballpark to Dirty Dubsters’ Special Request from earlier this year comes a solid new full-length LP from the Nice Up! label’s latest heavy-hitting producer – Cut La Vis. One refers of course to the man who dropped the album’s lead single and massive rocksteady boom-bap hit of the summer, Still Have The Love, with help from Maddy Carty and (depending on which version you listen to) Mystro.

This Cut/ Carty pairing was so effective you’ll no doubt be pleased to hear that there’s another Maddy Carty cut on the album besides the single – the superbly beautiful and brooding kiss-off of Checkin’ Out. Not only that, but Mystro is on here again too and he also gets a track to himself – in the form of energetic funky reggae-tinged party hip-hop opener Hit Me One Time. The rest of the LP track-list reads a little bit like a who’s who of vocal guest spot regulars from the underground reggae/ dancehall/ hip-hop crossover nexus with Eva Lazarus, Peppery and Tippa Irie also turning up, while the balance of vocalists on this all vocal track LP is made up by rapper Skunkadelic and female singer Parisa. It’s a line-up versatile enough to help Cut La Vis cover most reggae-related bases from roots to digi-dub and reggae hip-hop to dancehall and in a manner likely to occasion much rinsing and repeating, as Lotek might have it.
(Out now on Nice Up! Records)

Posted on 15th December 2015 no comments