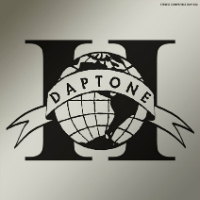 Bestriding the retro funk and soul world like a colossus since 2001, Daptone Records‘ output has been the benchmark for any act in the genre for fourteen years and there’s not the slightest sign of this changing. Individual acts here and there might muster a world class singer, musicians, songwriters and production (Nicole Willis & The Soul Investigators and The Excitements to name two) but no label has managed to assemble such a huge roster and maintain such an impressive quality of peerlessly-produced music or anything close. Or have enough tracks to launch not one but two label-showcasing epics such as Daptone Gold and now Daptone Gold II.

This drop finds all the usual suspects represented with Sharon Jones & The Dap Kings unsurprisingly weighing in with the most tracks (five) and Charles Bradley with three. Naomi Shelton, Saun & Starr, Menahan Street Band, The Budos Band, and The Sugarman 3 all turn in a brace of cuts while Antibalas, The Como Mamas and The Dap Kings (minus Sharon) all contribute one track apiece. Sixteen of the cuts represent big numbers from Daptone’s release history while the remaining five are made up of three previous 45-only singles and two unreleased numbers – The Dap Kings rumbling blaxploitation-cum-western theme instro Thunderclap and Naomi Shelton’s uptempo, upbeat funky stomper You’ve Got To Move. It’s what you might call a twenty-one funk salute.
(Out now on Daptone)