SMOOVE & TURRELL: Do It + video 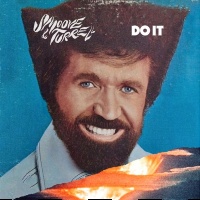 Heads up everyone, it’s time for a new single from Smoove & Turrell, which goes by the catch-all double entendre title of Do It. Said cut takes the form of classic S&T 125 bpm 80s disco soul and features more slap bass than Mark King and Flea going head-to-head in a bass-slapping competition on the planet Larry Graham. Meanwhile Turrell belts out the hook, “Come on and do it (Do It!)/ Do it till we’ve had enough/ Come on and do it (Do It!)/ Do it till the sun comes up.” Actually, as the video reveals, the shouty “(Do It!)” bits are Smoove’s vocal contribution and live, I suspect, the audience’s too – because this crafty lot are nothing if not expert crowd manipulators. Close inspection of the lyrics however reveals that far from being a song about all-night coke-addled sex, it is instead about seizing the moment. Presumably like when Turrell used to steal his dad’s aftershave. Ok that’s not actually in the lyrics but it is in the PR – I shit you not. One can only assume that this is why the forthcoming LP is called Stratos Bleu after eighties eau-de-paint-stripper brand Blue Stratos. Check the boys performing live at Motorhouse Studios in the video below and don’t forget to clock Porter’s latest outrageous jacket. I say ‘don’t forget to clock,’ it’s impossible to miss and once seen, never forgotten.
(Out now on Jalapeno Records)

One Response to SMOOVE & TURRELL: Do It + video