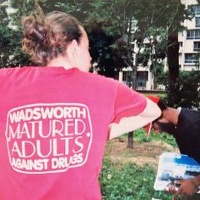 Jimmy Plates & Endevers’ transatlantic hip-hop collaboration follows last single Vinyl Comeback with the next to be released from the forthcoming No Delay… LP – Tree Gods. Tree gods? Oh what – like the Green Man? Well, not exactly, though the PR has it that the London DJ/Producer and the Philly hip-hop collective have, “gone from smoking trees to saving them”. That said, it’s not immediately clear from the lyrics that anyone is chaining themselves to ancient forest at risk from greedy bastard developers although there are multiple references to “rolling trees at the event,” which actually sounds a bit like – er – smoking trees rather than saving them. Not that you’ll care because of the stoned vibe created by a dusty old soul loop, chunky drums, and a seamless tag team mic performance.
(Out 18 September on Fabyl Recordings)