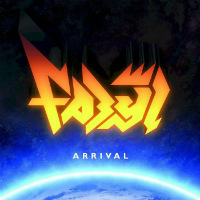 A new wave of big beat seems to have been lurking in the wings ever since the first wave of big beat and in recent years the likes of Rory Hoy and Pulpfusion have been resolutely flying the flag for old school uptempo breakbeat music that doesn’t bass wobble like a Weeble. Joining them in 2018 is producer to the stars, Nick Faber, a man who knows a thing or two about big beat given that his Let Me Hear You Clap Your Hands came out in ’99 and whose tangerine-coloured vinyl 12″ What Happened Yesterday this year signalled his own bid to re-enter the big beat fray. And now from the Faber stable comes new Fabyl LP Arrival. It might be worth clarifying that Fabyl is Faber’s very own label – pretty much dedicated to big beat shenanigans or at least music of broadly that persuasion. Of course, if you’re a label, you need a roster right? Shall we take a roll call and find who’s who and what’s what in the Fabyl universe? I think we shall!

NICK FABER – What Happened Yesterday
Faber? Present! Of course he is – it’s his label and this was the debut single in all its six minute slo-mo big disco glory.

THE TROPICS – Soon You’ll Be Mine Again
The Tropics? Who? Presumably not the sixties group. Hmm – no outfit definitively called ‘The Tropics’ on the interweb but this rocks a Daniel Merriweather-over-broken beats vibe that manages to look musically forward and back at the same time. And work.

TRACKS HAVEN – You Got Tha
They might have got tha but who tha — are they? Professor Google throws up one Allmusic mention – for this track – and an empty setlist.fm listing despite which this is a highly accomplished Skeewiff-ish (or even Faber-ish) brand new old-fashioned slice of big beat…

THE SUPERVILLAINS – It’s Torment Don’t Stop
Decidedly not torment and presumably these ‘Cult heroes in waiting’ (as the PR blah has it) who’ve knocked out this banger of a b-boy dancefloor weapon are not the Floridian reggae band.

JADELL – All Over Me
Jadell – rings a bell – ah yes – an original big beat bandit of similar vintage to one Nick, Faber by surname, who used to move in the same circles. James ‘Jadell’ Hatt definitely exists – even if he is trying to house us. And no, that old ‘brit-hop and amyl house’ tag doesn’t mean you get a free pass trying to house the monkey, Hatt.

SHOLTO CROW – Beatboxing Through Hyper
Oh what – Sholto Crow the London art director, animation director and designer (but not obviously big beat producer) Sholto Crow? Well possibly – no reason why a man can’t have multiple strings to his bow – even if one is Monkey Mafia-esque breakbeat noise…

DON WARREN – Patterns
Don Warren? Who are these people? No-one has ever heard of most of them! Where have all these fully fledged producers sprung from? Whatever the answer, the pensive arm of neo-big beat (used to be called trip-hop!) is in good health.

BRONX SLANG – Rushing The Stage
Bronx Slang? Wasn’t that the name of a Jerry Beeks track? Come to think of it, one of the rappers on this very capable slab of NY hip-hop sounds very much like Mr Beeks. Oh look at that – there’s even a soundcloud page for a two-MC crew that includes Beeks. With no tracks on it. The mystery continues…

MIKE COLEMAN CONGREGATION
See Tracks Haven above for comments re. web presence only this time the time the vibe is groovy breaks with a jazz guitar motif. A shoe-in for what John Stapleton used to compile as Dope On Plastic back in the mid-90s…

HEAR THE LIGHT – Buddha Natured
…as is this paranoid slice of insectoid breaks. Google’s never heard of this lot either.

THE CHEERLEADERS – Do The Shake
Classic 90s dancefloor big beat. Shit like this used to get in the charts. Still sounds good.

NICK FABER – Junk Box
Here he is then (as if most of the other tracks on here haven’t been made by either him or Jadell too (one suspects)) with an agreeably whimsical slice of electro beats.

UMBILICAL CHORD – The Walls Have Eyes
Umbilical Ch-…oh I get it. Smithers – unleash the retro sci-fi keyboard sounds!

ELECTRIC SAMURAI – Magic Dust
If this is Dutch psy-trance commando DJ Electric Samurai, he’s left the psy-trance at home, lost about 100 bpm and joined the slower artists here in the queue to get back into 1995.

DAVID HALLOWMAN – This World
David Hallowman, Shirley Ghostman, Steven Toast, yeah – I can make up names too – Nigel Mindfield, Justin Biggend – there you go. They don’t make suitably emotive closers for breakbeat ‘compilations’ though. Because I haven’t got around to it. Yet.

COMMENTS: I’ll be surprised if Faber, Hatt or the pair of them aren’t behind almost all of the tracks on this album – if that is the case, it’s an amusing enough wheeze. More to the point, the quality is excellent – while the variety – from hippy-dippy and jazzy trip-hop, through electro, hip-hop and whirling b-boy antics to block-rockin beats makes it an enjoyable listen. Fabyl-ous even, dahling. Fabyl has arrived!

BEST TRACKS:
THE TRACKS – You Got Tha, THE SUPERVILLAINS – It’s Torment Don’t Stop, JADELL – Wheel Of Light, THE CHEERLEADERS – Do The Shake
(Out 22 June on Fabyl)