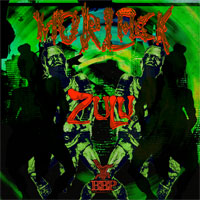 ‘Take it to the Zulu’? Wasn’t that what the British said after defeat at Isandlwana where the Zulu nation had rather unsportingly decided it didn’t want to be colonised? Coincidentally, here, we find Morlack re-injecting some much needed funk into the ‘Rourke’s Drift’ that the ‘funk’ element of ghetto funk has become of late. The PR suggests calling it ‘jazzy ghetto funk’ (a term which had me reaching for an assegai) but my apprehension upon reading that was assuaged by what comes across has having more P-funk than jazz stylings (at least on the title track) – albeit with a bass-wobbly twist. Either way, if ‘taking it to the Zulu’ means firing a volley of feel-good head nod vibes into whatever crowd surrounds the speakers, then this takes it like a bastard. Thanks Morlack.
(Out 31 Oct on BBP)

(PRESS RELEASE)
Morlack is back with his second EP on BBP Recordings. The French producer has been releasing tracks on various other funky labels likes Tru-Funk and Funk Blasters and has moved a long way since his debut EP on BBP called Ghetto Vaccination.

With this EP Morlack proves to be one step ahead of most of the other artist in the scene, as he is adding his own twist to the Ghetto Funk style. Ghetto Funk might not just be for the late night dancefloor affairs, but can also work wonders on a cool and chilled afternoon. By adding flavors of laid-back jazzy funk, Morlack is bringing something new and refreshing to the genre that hasn’t been heard before. The ghetto basslines and smooth jazzy grooves seem to fall into a harmony, without too much problems – you can call it Jazzy Ghetto Funk!

A. On the first cut on the EP, Morlack leads us nice and slowly in the Zulu jungle, with some funky grooves and steady beats, all mixed with traditional ghetto funk basslines.

B. On Part 2 of Take it to the Zulu, Morlack lays it back an extra notch, so sit back and kick your feet up and let Morlack and Biggie take it away.

C. If it wasn’t HOT up in here already, Morlack makes it sure on the 3th cut of the EP, as he drops a really funky boogie beat on us, and some hot and spicy vocals.

D. To prove that his concept really works, Morlack forces us to “See the Light”, with some silky smooth jazzy grooves, that are gonna make us feel real good…