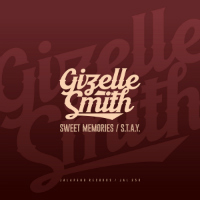 Ah the end of the year – that time when the old butts up against the new! Appropriately enough, that seems to be the vibe that has informed new single Sweet Memories b/w S.T.A.Y. featuring Eric Boss. First you get the ‘new’, in the form of Sweet Memories which deals in slight more moody psych-rock influenced territory than has been hitherto heard from Ms Smith and alternates between the swirling lament of the verse and the squelchy, guitar-edged grit of the chorus – as Smith lyrically wrestles with the memories of the title. Then there’s the ‘old’ – incarnated in S.T.A.Y. which is considerably more acid-jazzy, uptempo and lighter in tone as Smith butts up against E Da Boss for a duet in which they simultaneously plead with each other not to mess each other around. This one’s all about the new. The single is the first off Smith’s forthcoming album due early in the spring.
(Out 1 December on Jalapeno Records)

Posted on 30th November 2017 no comments