BEAT LE JUICE: So Much Style 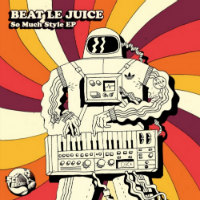 New Scour signing, Beat Le Juice, is a man whose USP appears to be combining the glitchy sounds of now with the G-funk of yore marrying, as he does, squelches, bleeps and – well – glitches with so-smooth beats on this four-tracker. What to call such an entity though? So Much Style perhaps? That should do it. Expect plenty of Rhodes piano along with ‘blink and you’ll miss ’em’ chopped-up hip-hop vocal samples as BLJ provides the end of party comedown vibes (or perhaps pre-party warm-up vibes) everywhere except on the livelier Funk Magic which has enough oomph to prompt more than a shimmy.
(Out now on Scour Records)

Posted on 24th February 2018 no comments