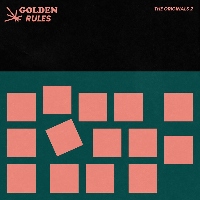 Did you manage to keep up with all the tracks on the Golden Rules label’s The Originals Vol. 2 funk sampler as they were released digitally over the last year or so? Nope, the monkey neither. Just as well the label were always aiming to put out everything in the full wax monty form of vinyl LP The Originals Vol. 2. And of course, you knew they were always going to do that, because that’s precisely what they did last year with Volume 1. As a marketing device, it’s a pretty good one; as a compilation showcasing the best in contemporary deep funk and soul however, it’s a very good one and at least the equal of its predecessor.

Consider first exhibit and blistering opener I Don’t Mind from Estonian funk fiends Lexsoul Dancemachine for example, which blends the music from a seventies psych-funk groove with eighties vocal melodies. Then again, maybe you prefer the looser flute-drenched jazz-funky approach of the J.A.S. Ricci Quartet’s Copacetic or clattery deep funk dancer Money from Amazin’ Five?  Unadulterated eighties synth-funk more your thing? Closer Windsurf from Alex Puddu has got you covered. Soul torch songs? Wonder 45’s Wonderland will send shivers up your spine.  Still not satisfied? Ohhhh – you want the hard stuff? Well, why didn’t you say so? In that case try the trio of Kind & Kinky Zoo’s fuzzy sixties pysch-funker Seven Noisettes, The Blaxound’s scorching Meters-style instro Plata O Pomo or Chris Lujan & Electric Butter’s Brothers And Sisters Of The World Unite. Oohh yeah, that’s doing it for you isn’t it?
(Out now on Golden Rules Records)