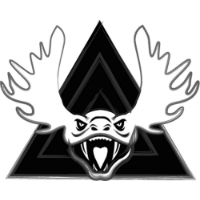 Cometh the holidays, cometh the video to Moose Python, another heavy-hitting cut from Son Of Sam, the live playing UK hip-hop outfit that includes the mighty Tom Caruana. As anyone with a pulse should know, the band’s excellent LP debut Cinder Hill, featured a wealth of guest mic manipulators drawn from the cream of today’s underground scene along with a number of legendary veterans. On the portentous Moose Python, it’s the turn of Dumbtron, a.k.a. Paten Locke and Willie Evans Jr., to deliver twin avalanches of stream-of-consciousness bars – or as they put it, “Loose every time we turn the mic on/ Half moose, half python, the proof is in the Krylon.” It certainly is. Spray it again boys!