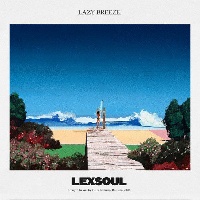 Billed as ‘Balearic funk,’ the new single from Estonian funk beasts Lexsoul Dancemachine  is entitled Lazy Breeze and appears to be the sequel to April single Pigeon Pit which resurrected the ‘yacht soul’ slow-jam from the 80s. But why draw such a conclusion, when the last one was billed as being by the band’s alter-ego Lexsoul? Let’s consider the evidence. One, the PR for this says it, ‘anticipates their upcoming EP’ – and the name of said EP is, (what else?), Lex On The Beach. Two, this one comes with a retro 80s video that Level 42 would have been proud of. Three, it features a more than half a minute long ‘yacht rock’ solo. The case for the prosecution rests m’lud. Socks off, don loafers, swap that shirt for a t-shirt under your sharkskin suit jacket and let’s roll up those sleeves. Take it away LD!
(Out now on Funk Embassy Records)