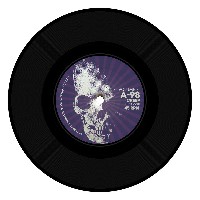 Who’s this with DNA Edits Vol. 7 then? Why, it’s DJ DSK of course – what with editing being in his, er, DNA after all. But what delights does he have for us this August? Well, first up is Creep. Nope, not a re-version of the Radiohead depress-fest but rather one of the track of the same name by 90s R&B-ers TLC. Perhaps uncharacteristically, for a remix, this one doesn’t attempt to ‘go larger’ than the original but rather update the slowjam vibes with a new beat. If you are looking for something a little bit more lively however, try DNA’s version of bhangra banger Das Ja on the flip which takes things in a slightly spacier direction.
(Out now HERE)

Posted on 9th August 2022 no comments