X-RAY TED (feat. NATHANIEL HALL): Get Out The House 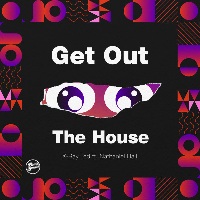 If you’ve got the arse that a combination of government incompetence and corruption along with viral evolution have jointly conspired to ruin the second Christmas and New Year period on the trot (and why wouldn’t you?) X-Ray Ted has just supplied your anthem – Get Out The House. Obviously, getting out the house may not end especially well at the moment, but this anthem might just get you through the worst bits since it demands to be played at maximum volume with the windows open while all and sundry bellow out the lyrics. For what Mr Ted has supplied (aptly living up to his name), with the assistance of singer Nathanial Hall (the Jungle Brothers’ Afrika Baby Bam in full Blowfly mode), is a potty-mouthed funky party breaks anthem to rival sixties and seventies classics from Clarence Reid, Jackie Wilson and Lavern Baker. The genius lyrical twist of this one though is that it functions as an anthem for both sides of the Covid debate expressing what anti-maskers and anti-vaxxers are doing as well as what the more cautious want to be doing. “Get out the house, Get the fuck out the house,” it begins promisingly before continuing, “Sex, drugs, rock n roll/ Friends with benefits on the dole/ Stuff my face with pussyhole/ Then wash it down with a beer that’s cold,” and who’s going to argue with that? With any luck, this might make a future Bomb Strikes 45 that coincides with Covid evolving into a harmless variant and the return of everyone being themselves, once more.  Hurrah! Also comes with a ‘clean’ variant in case you have to U-turn on your initial decision to play filth.
(Out now on Bomb Strikes Records)

Posted on 14th December 2021 no comments