UGLY MAC BEER: The Valley Of The Kings 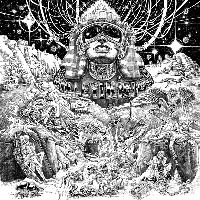 Veteran French hip-hop producer Ugly Mac Beer summons all the pomp of a pharaoh for new single, title track and harbinger of forthcoming LP, The Valley Of The Kings. Turns out it’s something of a concept LP full of samples intended to evoke movies set in Ancient Egypt. Oh what – like The Mummy and Scorpion King? Wash your mouth out! Well, maybe The Mummy if you’re talking about the 1932 original, for UMB is very much travelling a retro avenue of sphinxes on this one with big boom-bap drums and cinematic sixties orchestral vibes. It’s got a video too – animated and featuring a rogue asteroid rending a vast crack in the earth from which a vast sunglasses-sporting sphinx emerges and – er – plugs itself into cables that descend from space. Which, as everyone knows, regularly featured in films with an Ancient Egyptian setting throughout the swinging sixties.
(Pre-order the LP now on X-Ray Production)