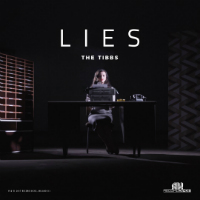 Looks like there’ll be a new album from hot Dutch funk/soul properties The Tibbs next year then. Lies? No it’s all true – that’s just the name of the new single which applies a decidedly Daptones-ish aesthetic to create a horns-led chugger on which singer Elsa Bekman ponders the – well – lies that people live. But how to represent this via an audio-visual medium? Perhaps there’s an noirish alternate reality in which the on-trend sound is akin to late-sixties soul and fifties fashion is all the rage – a vibe you might call ‘The Band With The Fly Dark Soul.’ Perfect! That should provide ample opportunities for Bekman to get her Juliana Crain on and ponder big mysteries of life like why is she serving her husband a pot noodle in fine china to eat? Watch out for the big finale in which Bekman rejects the retro constraints of the typing pool, A-line skirts and shocking wallpaper to appear with the rest of the band on stage like a cross between Kate Bush and Eva Green’s femme fatale character from Sin City 2.
(Out now on Record Kicks)

Posted on 2nd December 2017 no comments