THE PUTBACKS: The Ways (with BILAL) 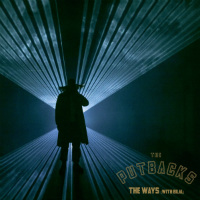 A fairly heavyweight score for Melbourne’s The Putback’s here on the lead single and title track from their forthcoming album, The Ways, as they’ve only gone and landed neo-soul man Bilal for mic duties. Blimey. Not that this is neo-soul though – far from it. No, The Way finds The Putbacks drive a smouldering path through the darkest realms of psychedelic soul as menacing guitar chords and squalling feedback vie with tinkling keys and Bilal’s voice wanders forlornly through it all. But how to represent all this in an audio visual medium? Well, nothing says ‘abstract’ and ‘noir’ quite as much as getting someone to dress up like Huckleberry Finn and prance about in dry ice silhouetted against a projector light, I think you’ll agree.
(Out now on Hope Street Recordings)

Posted on 3rd October 2018 no comments