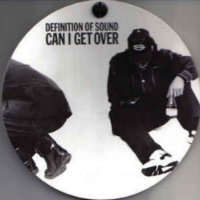 It’s been a while since there’s been a free download for you so here you are – how about the newest Steppin’ Tones booty cut which marries peak time funky bump Reverse The Hearse by early nineties hip-house legends Definition Of Sound to DMX’s Scenario 2000 featuring fellow Ruff Ryderz Swizz Beatz, Eve, Drag-On and The LOX? That’ll be Ruff Reversing then but are things still the darkest shit, sparkest shit, hitting wit the hardest shit? Well yes, though now the lyrical bleakness is juxtaposed with a joyous hands in the air jeep beat, it’s even better. That’s just how Steppin’ Tones does biz, you cannot run when he hits you wit the hot one. Cop it below.

Posted on 21st November 2018 no comments