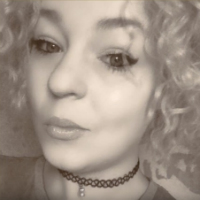 Keen followers of both UK rap and international collaborations might well be pleased to hear about the What Lies Beneath remix from the UK’s Shotgun Shell. Turns out that that which lies beneath – or rather she who lies beneath is Shell herself – and packing a small arsenal of street-fighting battle rhymes to boot, just so you know she ain’t nuttin’ ta fuck wit. All the same, if you’re on the street, it never hurts to have a wingman watching your back and Shell’s brought Lone Ninja. Oohh, bloody hellfire, leg it! Even if the Brooklyn mic assassin didn’t say anything you’d still shit your pants but she’s given him sixteen bars and he says he’s the ‘lord of death’! Still Blaq Masq has lightened the sense of foreboding with a jauntily uncharacteristic funk beat. Only kidding! Expect sepulchral synths and a neck snap beat as per. The track will feature as part of Blaq Masq’s forthcoming The Collabos Vol. 4.

Posted on 1st October 2019 no comments