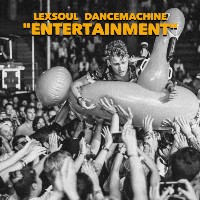 Bringing the laid-back boogie-funk on the second single from their forthcoming Lexplosion II album are Lexsoul Dancemachine with Entertainment. And entertainment is something they know a thing or two about with seven years and two previous albums under their belt. It’s not just a studio thing either; the monkey has watched this band fill a floor with people who previously knew nothing about them and absolutely slay the crowd. Now that takes an incredible amount of skill and energy – probably why they’re having a minute on this to chill and ponder their achievements over echoey wah and a stripped back groove – perfect for that late night grooving, right ladies?
(Out 10 April on Funk Embassy Records)