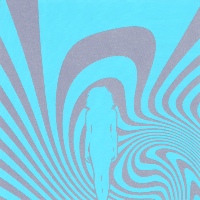 The first in a double autumn helping from Markey Funk’s Delights Records label is a 45 re-release of the label’s now ten year old inaugural drop from Les Hippies. You’ll have absolutely no worries about A-side Souci serving up the goods consisting, as it does, of gloriously laid-back sitar-powered psychedelia. Indeed – look at the title closely (and listen with equal attention) to a track for which the full title is Souci (Marigold) and you’ll realise you’re in the presence of a Nirvana cover. Flip it over meanwhile and there’s the even better uptempo sitar freakbeat funk of Soleil Couchant for when the lights go out and the party’s on, brother! Only 150 copies on wax though so you might wanna get a shifty on.
(Pre-order now on Delights Records/ Shipping 19 November approx.)

Posted on 6th October 2021 no comments