KELLY FINNIGAN: Since I Don’t Have You Anymore 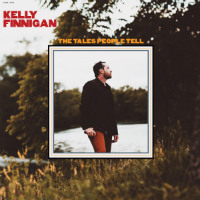 Monophonics singer Kelly Finnigan’s The Tales People Tell LP drops at the end of this week but by way of one further taster before it does – check out heartbreak groove Since I Don’t Have You Anymore. Following I Don’t Wanna Wait, it’s the second official single to be released ahead of the album (although, confusingly, Catch Me I’m Falling – which is also on the LP – was released ages ago too) and features Finnigan employing the distinctive falsetto he is wont at times to use over instrumentation consisting of a fat bass groove, clattering funky drums and lush strings.
(Out now on Colemine Records)