JOHNNYPLUSE: ‘Give Me A Break’ podcast 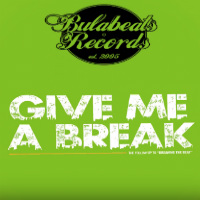 Wind the clock back nearly a year and Johnnypluse was on the cusp on unleashing his new video and homage to the funk drum breakdown – Give Me A Break. Somewhere between then and now though, the video was jettisoned and – perhaps appopriately, given it’s focus on the sound of funky drums – the project has now been released as a podcast. It’s still got interviews with Krafty Kuts, DJ Moneyshot and Mathman with a few words from J5 emcee Chali 2Na. You can still leanr when Krafty started getting into breaks, what 2Na did before he got on the mic and how it is possible that a mere slip of a youth like Mathman should be interested in or know anything about funk drum breaks and – most interestingly – what Moneyshot’s favourite drum break is. At the point of recording of course – since, as he freely admits, it changes all the time.