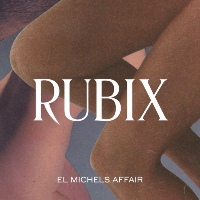 If you want a further taster of what to expect from El Michels Affair on their hotly-anticipated forthcoming LP Adult Themes, look no further than new single Rubix. This follows November’s 12345678910 with which it shares a common cinematic soundtrack bent (obviously – this is El Michels Affair we’re talking about!) but while that took its cues from the Far East, Rubix is seventies soft-focus, sleazy with an undercurrent of menace whichever way you twist or turn it. Think the nexus of retro Euro cinema at which crime and softcore porn interconnect and you’ve got the vibe.
(Out now on Big Crown Records)