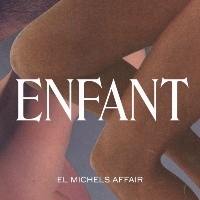 Coming at ya with the seventies porn-flick soundtrack vibes once more before LP Adult Themes hits, it’s El Michels Affair with Enfant. Cue a gently loping funk beat, louche horns, a quietly twanging acoustic guitar and a flute solo (of course). And that’s all topped off with lashings of breathy female oohhs, aahs and da-da-daas throughout courtesy of Shannon Wise of The
Shacks for, yes, who better to supply vocal sounds to such a soft-focus endeavour? Apparently inspired by OSTs to such cinematic delights as Emmanuelle and The Story Of O, Adult Themes follows later in the spring.