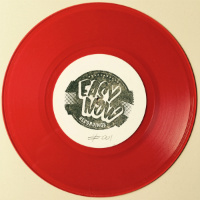 Continuing an absolutely impeccable run of reggae/ hip-hop edit business, Easy Now Recordings recently dropped their EASY004 nugget which, like its predecessors, commits one new and one well-tested club banger to each side of a coloured vinyl 45 – in this case a suitably vibrant red. The ‘new’ is Maars’ solo rocksteady re-version of Bahamadia’s Uknowhowwedu (plus the ‘Here we go yo’ bits of Kenny Dope and Screechy Dan’s Boomin In Ya Jeep of course) while the ‘old’ manifests in the form of the 2018 re-edit of Dr D.R.E.A.D. which rerubs a certain cut by a certain Californian producer of note – who, is ‘still’ very much himself even on a rocksteady beat. Lovely. That’s not all though. Don’t tell me you missed September’s Easy Edits Vol. 1 on which Maars cast his magic on The Wailing Souls’ Back Out and Mr Showtime gave Finley Quaye’s Even After All a trip-hop makeover! Shame on thee. Shall I point out that the boys also released Vol. 7 of their digital Free Fyah EP series in December? That’s right – you run for your wallet!
(Out now on Easy Now Recordings)