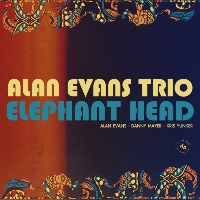 Alan Evans Trio’s new cinematic funk LP Elephant Head drops on 26 November but ahead of that (thank you, I’m here all week!) the title track has been released as a single. Cue the trio launching into swirling retro-tinged psych-funk drenched in wah-wah (on both guitar and keys) with some snarling car-chase guitar grandstanding that almost breaks out into a rock solo. In other words, not something aiming to evoke a specific bygone musical era so much as borrowing from a couple.
(Out now on Vintage League Music)

Posted on 22nd November 2021 no comments