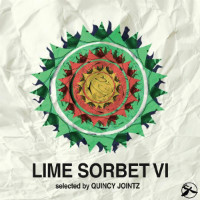 Has it really been two years since the last Lime Sorbet? So it would seem, for it was indeed 2015 when volume V came out. Still, that means compiler Quincy Jointz has had plenty of time to scour the breakosphere for the fourteen zesty cuts featured on this volume. As previously, our man takes an all-encompassing approach to the concept of the breakbeat compilation from the broken beat meets reggae-soul of Royal Gruv Sound opener One To One, the nu-funk-meets-Courtney Pine of North Coast Vibes‘ Best Intentions and he’ll even try to house you with Los Chicos Altos and Jack And Jointz – the latter a track which features the mighty Ashley Slater. But let’s not hold the house against him – especially as he showcases some tasty breakbeat nuggets. Two of these are Quincy Jointz remixes – one a nifty Winehouse drums-powered version of Valique‘s Long Journey and the other, the even longer journey (six and a half minutes) of Bad Monkeys’ hypnotic No.1 Fan. Elsewhere DJ Color C2 impresses with the superfunky early Red Hot Pipe And Slippers-esque Magrao Taste Cafe and Zamali drops one for the b-boys and breakers with the JB-infused Tentacule. Double-scoops of that sort of fresh fruity goodness all round please!
(Out now on Timewarp Music)