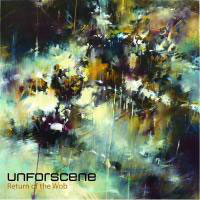 If January was afrobeat month 2011, it looks like March is ‘Bristol sound’ month as news of Unforscene’s forthcoming long-player surfaces at the same time as The Beekeepers (Parker and Boca 45) return to the scene. And, like The Beekeepers and Ewan Hoozami, Unforscene seem to be heralding a new generation of beats and vocal collaborations from Bristol that add dubstep and broken beat stylings to the atmospheric, bass-heavy gumbo with which the city is associated. Guest vocalists include Laura Vane, known for her raw soul vocals on numerous Diesler tracks and with retro-funk outfit the Vipertones, and jazz/ soul/ blues-man Kirris Riviere. Coincidentally (or not) the two best tracks on the LP feature these two – Vane appearing on the bass-throbbing, broken beat-fuelled Switchin It On and Riviere on the mighty-sultry, slow-skanking, horns-fired Oh Lord that brings a swampy groove to proceedings. Both get under your skin and will ensure you remember this LP for a lot more than it’s somewhat odd title…mind you the whole thing’s a bit of a grower. Don’t sleep!
N.b. Player below only has a few preview tracks on it – hit the Kudos link to get a full album preview. Press guff below player/ links…
(Out 14 March 2011 on Wob Recordings)

The album is a mix of instrumental and vocal tracks featuring collaborations with vocalists including Laura Vane, Cecilia Stalin, The Vanishing System and Kirris Rivierre.

‘Return Of The Wob’ is released worldwide on Wob Recordings through Kudos Distribution, published by Full Thought Publishing and has a live show to support.