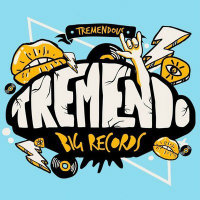 Er, yeah – so this should’ve been posted last week. If you didn’t know, the man behind the Tremendo label is Spanish ghetto funker Telephunken. That’s Señor Telephunken to you. Or Senor Tremendo. Sounds like a magician – which is apt since his first trick, I mean track, (well – it is his label) is to sample Rage Against The Machine’s Killing In The Name – just in time for its twentieth anniversary on the ghetto metal of Get Some. This time around, he’s joined on stage by lovely assistants (and noisy ghetto funkers) Father Funk, Timothy Wisdom and DJ Soo, The Bang! Bang! Show and Stereo Beatz, though it’s Busta‘s funkier-than-the-rest re-work of Joe Quarterman’s funk bump So Much Trouble In My Mind that really pulls a rabbit out of a hat.
(Out now on Tremendo)

Posted on 11th November 2012 no comments