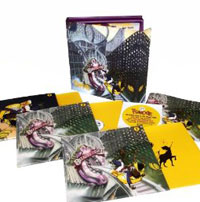 But just why is it so great? Well – where do you want to start? Producer J Sw!ft’s fatback beats, and rich jazz and soul loops? The psychedelic loony-ness of the vocals that formed a counterpart to the west coast gangsta sound giving the Pharcyde a similar role to De La Soul on the East Coast? The fact that it’s a staggeringly consistent LP? Or the hooks – “Ohhhhhh shit!”, “Please don’t pull me over Mr Officer/ Don’t pull me over Mr Officer please!, and that paean to the most versatile insult of the last two decades – “Ya mama, ya mama, ya mama” Suffice it to say that whatever happened to rappers Fatlip, Bootie Brown, Imani and Slimkid3 after Bizarre Ride II… (major fallings out, dwindling numbers remaining in the group, dwindling sales and critical attention, failed group reformations and more fallings out) they made an indelible mark on hip-hop. Still – better to make an indelible mark on hip-hop at the start of your career than no mark at all.

What’s interesting about the format of the re-release is that in a world where Apple have ditched the cd/ dvd optical drive in new Mac models and vinyl sales (admittedly not dj ones) are rising, Bizarre Ride II is re-released on a label called Delicious Vinyl – actually the one on which it was originally released. On cd. But don’t let that put you off. Actually to be fair – there are some re-released color vinyl seven inches off the LP floating around. In fact don’t let anything put you off unless you already have this and even then you might still have a jones for the hinged box with magnetic clasp, extensive liner notes, two extra cds containing instrumentals, remixes and ‘b-cydes.’ I think that’s about everything. Oh sorry – nearly forgot – ya mama’s got an afro with a chin strap.
(Out 23 July on Delicious Vinyl)