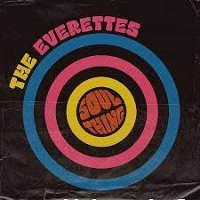 A Motown-ish name, a loping uptempo sixties style R&B single and a video shot in warm retro tones that kicks off (pun intended) with some blaxploitation-esque karate moves. – what’s not to like? That’ll be Soul Thing then, by Berlin-based nine-piece The Everettes, which focuses lyrically on the cultivating the soul and being a good person. The band is fronted by three soul sisters and backed by a six-strong team of musicians and this new one looks like their first new material since the band’s self-titled debut album. Check out the video below to see the ladies in action, plus karate kicking, crazy dancing and a bit of bowling too.
(Out now on Waterfall Records)

Posted on 21st December 2022 no comments