THE ALLERGIES: Sometimes I Wonder 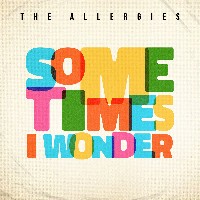 Bristol’s The Allergies have of late been experimenting with their sonic palette in the lead up to their next LP. We’ve had the Latin breakbeat-powered Vamonos featuring Andy C and Marietta Smith back in the summer, house-afrobeat crossover Hypnotise and now latest effort, Sometimes I Wonder. You sometimes wonder too don’t you? You wonder where those Allergies boys will take things next? Well, in this case it’s off to the cinematic side of things with a gorgeously languid bit of big band cinematic breaks drenched in strings, horns, a Wurlitzer and blues diva vocal loops. Kind of like – oohh, I dunno – David Holmes meeting Moby and doing a 90s-by-way-of-the-60s theme for the end of a Bond flick in which an Aston Martin DB5 accelerates into the sunset down the shore of Lake Garda. Shuperb, as Sean Connery might have said.
(Out now on Jalapeno Records)

Posted on 5th November 2022 no comments