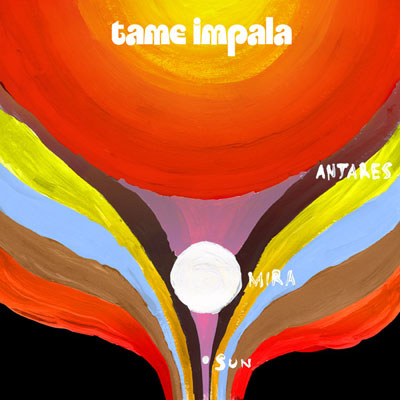 Anyone worried about the vacuum left by the implosion of Wolfmother might want to give these boys a shout. Don’t worry I’m not claiming they’re the next Wolfmother, because they ain’t. They don’t need to be. They’re the one and only Tame Impala – infinitesimally lighter than Myles and co. and way more tripped out. Desire Be, Desire Go is a filthy great fuzzed-out psychedelic monster, Skeleton Tiger channels 13th Floor Elevators through a party hosted by Love while Half Full Glass of Wine has the riffage on high and the fidelity on ‘lo’. I’d comment on the other tracks but you’ll want something to discover for yourself. You just wish you’d heard their cover of Blueboy’s Remember Me. I don’t know whether the Perth-based Impala boys are surfers or not but I can’t think of a better soundtrack for dropping a tab of desert-cooked acid and pulling into a giant Margaret River barrel lit up by the fiery rays of the rising sun.
Released 11 October on Modular.