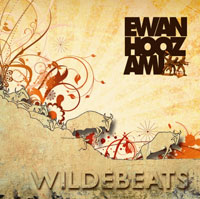 It’s ‘next generation’ time for the Bristol sound as rising producer Ewan Hoozami, (like Parker before him) batters on the genre’s door with his refix of the mild, mild west’s beats n’ bass heavy sonic template for the dubstep and nufunk/ ghettofunk era. Basically that means tempos are up, percussive patterns are a little more detailed, basslines go wonky and the dancefloor is invaded more times in one album than in Massive Attack’s entire back catalogue. END_OF_DOCUMENT_TOKEN_TO_BE_REPLACED