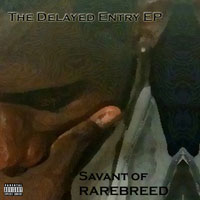 Hip-hop, hip-hop where ya been? (And when I say hip-hop, I’m referring to quality breakbeats and rhymes not some moron babbling inanities through a vocoder over what sounds a lot like a Euro-house from 1999). Well, here’s a man who knows and his name, appropriately enough, is Savant. A microphone fiend since 1999 (having been inspired by Mos Def), Savant’s The Delayed Entry EP is his debut and the evidence suggests that while he might have arrived at the party late, he came correct. END_OF_DOCUMENT_TOKEN_TO_BE_REPLACED