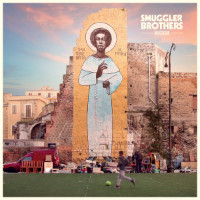 If you were paying attention round about the middle of April, you’ll have noticed the rather sexy ‘library music’ type 45 In The City b/w Jam slip out from the Smuggler Brothers. And if you noticed that, you’ll definitely want to get your hands on the full-length job, Musione. It’s actually the band’s second album, their self-titled debut having come out in 2015, four years after their END_OF_DOCUMENT_TOKEN_TO_BE_REPLACED 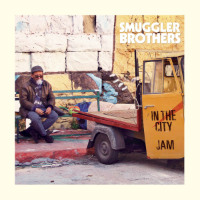 Surely few cities could be more appropriate for a band named Smuggler Brothers to hail from than the Mafia-associated Palermo, Sicily – for that is indeed their base. And the contraband in which they trade? Why sixties and seventies crime-flick soundtrack-influenced material of course! Hold on a minute though, aren’t they treading on someone else’s toes here? Don’t a certain Calibro 35 have END_OF_DOCUMENT_TOKEN_TO_BE_REPLACED