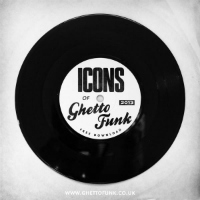 I had been thinking this latest annual installment of the Ghetto Funk Icons series, Icons Of Ghetto Funk, was early. But then I checked and actually it’s later than the previous two years. And that’s not all that’s different. This time the icons they’re remixing aren’t the popular music giants of yore but some of the label’s own artists. Say what? Remixes of the Ghetto Funk back catalogue by END_OF_DOCUMENT_TOKEN_TO_BE_REPLACED

Posted on 31st December 2013 no comments 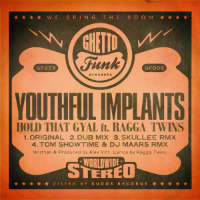 Yet another Ghetto Funk release before the end of the year and it’s the turn of Youthful Implants to unveil an EP of sweetly wistful ambience of Hold That Gyal to lullaby the year to its close. Lullaby my ass! It’s got Ragga Twins on it – didn’t you see? What kind of madman would put Ragga Twins in charge of a lullaby? They do snarly, shouty toasting over planet-threatening bass noise. Like this. And if you END_OF_DOCUMENT_TOKEN_TO_BE_REPLACED

Posted on 27th December 2013 no comments 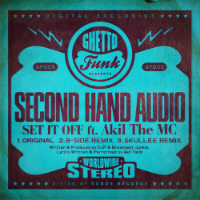 Now then – if the people want dope rapping over dirty great funk beats – why fart around with samples and old acapellas? It’s a vast gap in the market and Second Hand Audio (a.k.a DJP and The Breakbeat Junkie) are in there like swimwear. Here they follow-up previous collabo,Got It Like That, with Ugly Duckling’s Dizzy Dustin by co-opting the services of another West Coast boom END_OF_DOCUMENT_TOKEN_TO_BE_REPLACED