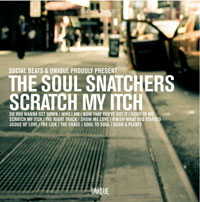 Many are those who attempt to recreate that original funky soul sound but there are few who actually manage it as well as The Soul Snatchers whose new LP Scratch My Itch is released in February. The official video preview and the soundcloud snippets of the new one (see below) would suggest you can expect plenty of ‘huh’, quite a lot of ‘uhh’ and a bit of ‘get down!’ along with fat horns, wah-wah chops and big breaks. Anyone who’s heard their track People END_OF_DOCUMENT_TOKEN_TO_BE_REPLACED