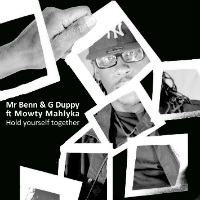 I don’t know – you make a riddim for a remix and it turns out to be so good you wish you’d kept it for yourselves. We’ve all been there. If you’re Mr Benn and G Duppy though – you get to have your cake and eat it. There the pair were having birthed an epic slab of summery reggae for Andra Day’s honey-drenched rnb Rise Up vocal, and…they…just…couldn’t let go of…that beat. A END_OF_DOCUMENT_TOKEN_TO_BE_REPLACED 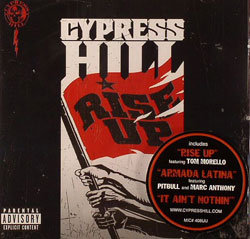 In which we continue with this week’s guest review style (courtesy of Rolling Stone). Honestly. – I’ve written longer notes to the milkman:
As with fellow Californians Souls Of Mischief, Cypress Hill’s early work was so huge they’ve been living in its shadow ever since. Still, maybe that’s the price of creating a classic and it sounds like they’re still paying as the LP begins with a compere referencing how in 1991 an ‘artist’ in Compton was blown away by Cypress Hill’s ‘futuristic funk’ and ‘dedication to a certain herb,’ followed in short order by the lumpen, staccato, programmed beats of single It Ain’t Nuthin’. Well, quite. The scratchy-sample on Light It Up is much more ear-friendly and perhaps the most successful track here at updating the classic Cypress Hilll ‘shit’ which it does so well it’s the LP highlight. Elsewhere the Cheech and Chong sampling, weed-venerating (what else?) K.U.S.H. throws digs at the DEA and shout outs to fellow fans of the green and offers a glimpse of a Cypress Hill with a more poppy but shiny up-to-date production gloss in a way that works. It has to be said that the title Rise Up reminds me of the title song’s chorus on early nineties Bad Brains’ LP Rise – not inappropriately as it turns out since the ‘Hill indulge their rap/rock crossover fetish/ folly at various moments of Rise. Cue the first of two tracks featuring Rage Against The Machine’s resident guitar-torturer Tom Morello and an end result that sounds not unlike – um well – Rage Against The Machine. Oh go on then – my teenage self would have liked it. Still if they’re not indulging in these antics they spend an even larger part of the LP using so-so off-the-shelf programmed beats that at best serve to remind the listener that they ain’t listening to either of the first two LPs. Lyrically though, it is still mostly all about the herb – in case you were wondering.
Originally scheduled for release in 2006, Rise Up was delayed several times, various guests were never included on the final release and DJ Muggs was only executive producer on this one with at least eight other production credits – a troubled gestation then and it shows. It’s true that there is the occasional flash of something good on Rise Up but the B-Real featuring single Shoot First from last year’s Apathy LP Wanna Snuggle (LISTEN HERE)is a better reminder of classic Cypress Hill than anything on this LP except Light It Up.
(Out now on EMI)

Listen to Cypress Hill – Rise Up