Soundcrash Promotions are falling over themselves with generosity yet again! They’re offering free entry (plus one) to a night of bacchanalian beat craziness (alright – it might be a bit more chill than that) on 20 Nov. at London’s Koko with entertainment ably provided by the likes of Plaid, Red Snapper, Luke Vibert, Ninja Tune’s newest END_OF_DOCUMENT_TOKEN_TO_BE_REPLACED 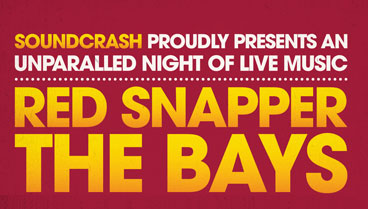