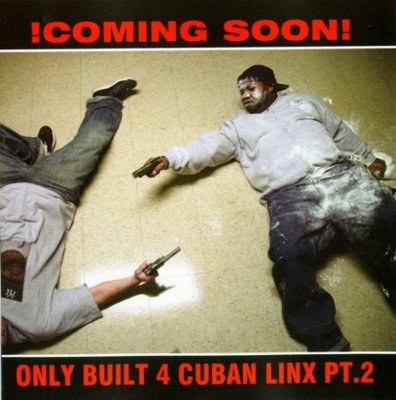 (PRESS RELEASE) The Wu-Tang Clan Rapper Signs Deal With EMI Label Services To Release Follow-Up To 1995 Hip-Hop Classic This Summer in US, Canada

(NEW YORK – April 15, 2009) – Ready to give his worldwide following what they’ve been waiting for, the Wu-Tang Clan’s rhyme slinger extraordinaire Raekwon is set to return this summer with Only Built 4 Cuban Linx 2.

Raekwon, whose 1995 platinum classic Only Built 4 Cuban Linx was universally hailed as a rap classic and has sold more than 1.1 million units in the US, according to Nielsen Soundscan, has signed a distribution deal with EMI Label Services for his ICEH20 Records label to release Only Built 4 Cuban Linx 2 in the US and Canada later this summer. EMI Label Services will also provide Raekwon with additional radio promotion support and licensing and synchronization services.

“The wait is finally over,” Raekwon says. “Words cannot describe how extremely happy I am to work with EMI Music to put out my album.”

Only Built 4 Cuban Linx 2 buzz single and video “The New Wu” features fellow Wu-Tang Clan members Method Man and Ghostface Killah and is getting mixshow airplay at radio stations across the country, including Hot 97 in New York. The album features a spectacular line-up of guest appearances and producers: The RZA, Dr. Dre, J Dilla, The Wu-Tang Clan, Jadakiss, Busta Rhymes, Bun B and The Game, among others.

“We are thrilled to have a chance to work with the legendary Raekwon,” said Dominic Pandiscia, Senior Vice President and General Manager, EMI Label Services. “He has had a massive impact on the history of Hip Hop and Urban music overall. Everyone at EMI is excited to be working on this record and continuing his legacy.”

Rap fans were mesmerized by Raekwon’s distinctive brand of street slanguistics when he emerged as a member of the Wu-Tang Clan. The Staten Island, New York rap group’s debut album, 1993’s Enter The Wu-Tang Clan (36 Chambers), was a landmark collection that introduced the group’s signature blend of kung-fu inspired reality rap. Raekwon established himself as a solo star in 1995 with the release of Only Built 4 Cuban Linx. The mafia minded album, which peaked at No. 2 on the Top R&B/Hip-Hop Album chart, unfolded like a cinematic crime caper, with such imaginative songs as “Criminology,” “Incarcerated Scarfaces” and “Ice Cream” propelling the album to platinum status.

Raekwon’s second album, 1999’s Immobilarity, was certified gold. To date, Raekwon has career sales of more than 1.6 million units in the US , according to Nielsen Soundscan.

Now, with the impending release of Only Built 4 Cuban Linx 2, Raekwon is ready to release his second masterpiece. “It’s been a long time coming,” he says, “and I’ve put my blood, sweat and tears into making this classic album for my fans.”