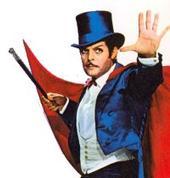 As the title would suggest, what Mandrake Sounds have done here is remixed Afrika Bambataa’s seminal old school electro/ space funk/ hip–hop classic. Of course the whole point of a remix is to change something – which they have – for this is a dubstep version that will probably take the dubstep world by storm. Which got me to thinking that breakbeat culture is a funny one isn’t it? In the last twenty years, for example, bpms were first boosted until drum n bass speeds were achieved – though melody and vocals were largely sacrificed along the way. Then, much more recently, along comes dubstep and gets rid of most of the percussion. Apparently the idea is that you have to imagine it or something. I like to amuse myself sometimes by speculating where this trend will lead us next. Clearly the logical step ought to be to fuck the bass off too leaving the listener to imagine everything! We’ll call that ‘No-step’ for want of a suitably ‘urban’ moniker. Shortly thereafter, I see the dawning of a radical new breakbeat movement which puts everything back in (!) – drums, bass, melody and – in a further ‘step’ of wild conceptualism on the part of the movement’s more extreme proponents – has to be performed with live instrumentation. We could call that one FUNK. Funk, incidentally, is something the original Planet Rock has in spades…and this has in no way whatsoever. Discuss.