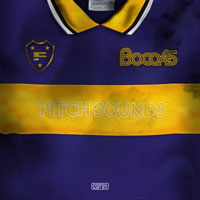 Boca, boca, boca! It’s the digital release of Bristolian producer Boca 45’s debut LP Pitch Sounds originally released on vinyl and cd back in 2004 on which he made good on his claim to try and make beats, “how they might sound if they were recorded in 1968 in massive studios with real musicians.” Basically it’s a solid fifteen track LP which takes in beat-boxing, b-boy breaks, cinematic instrumentals, hip-hop and even rnb on the Stephanie-Mckay END_OF_DOCUMENT_TOKEN_TO_BE_REPLACED