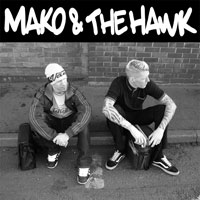 (PRESS RELEASE) When Mako & The Hawk heard the lyrics to current Beastie Boys single Too Many Rappers it occurred to them that, these days, lack of funk was a problem at least as important as a surfeit of rappers. Cue a trawl through the crates. A flurry of cutting and pasting ensued which saw the pair emerge triumphant from the studio with several paper snowflakes, an offensive collage made entirely from pages of Heat Magazine and the Beasties on a fat new beat. Incredible as it may seem, both the rapper and funk issues had been solved in one! Check the remix below: