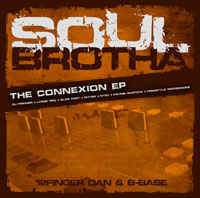 Everyone knows if you want something done efficiently you get the Germans involved, so if it’s nineties boom-bap you want – who you gonna call? Cue producer tag team of B-Base and 12Fingerdan a.k.a Soulbrotha since a) it’s always nineteen-ninety-three round their place and b) they live in Hamburg. It also helps that they’re shit-hot producers and have access to some quality END_OF_DOCUMENT_TOKEN_TO_BE_REPLACED 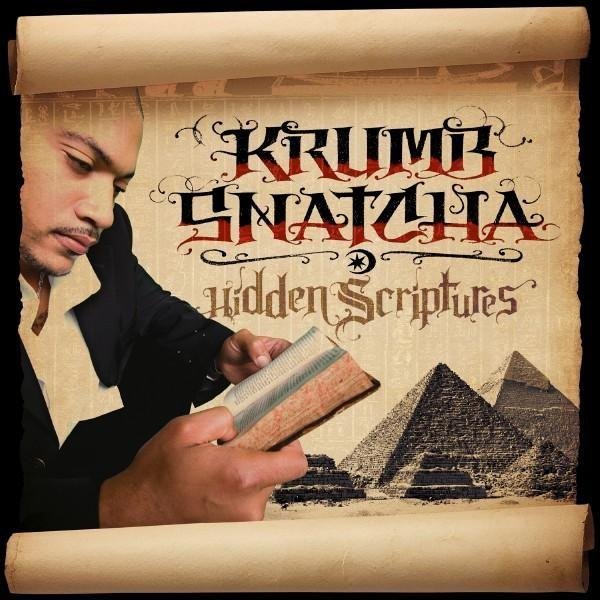 Press release:
KRUMB SNATCHA RETURNS WITH A NEW SOUND FOR A NEW YEAR WITH HIDDEN SCRIPTURES WITH BEATS BY PETE ROCK, LARGE PROFESSOR, STATIK SELEKTAH, BEATMINERZ
Gang Starr fans and followers of Hip-Hop already know the name Krumb Snatcha. From his “Snatcha Season Pt.1” EP with songs like “Hip Hop” and the industry critique “Gangsta Disease,” to his duet with M.O.P. on the Oscar award winning movie “Training Day” soundtrack only served to solidify his position, setting the stage for his first full length album “Respect All Fear None” on D&D Records in 2002. Yet, Krumb’s profile went national thanks to his appearance on “Make Em Pay” from Gang Starr’s classic opus “Moment Of Truth” a buzz starting appearance that lead to Krumb being chosen as the first independent artist to receive the prestigious award of The Source Magazine’s “Hip Hop Quotable” for his verse on “Make Em Pay” which propelled him in the spotlight to release “Closer To God” produced by none other than the legendary DJ Premier.

While Krumb has been under the radar for a minute, thanks to a slew of guest appearances on albums by Guru of Gang Starr, Pete Rock, Beatminerz, Funkdoobiest, ED OG, Termanology, Teflon, Afu Ra, Craig G, Tony Touch etc., an appearance in the motion picture “Urban Massacre” and his DJ Green Lantern hosted mixtape release entitled “You’ll See” he is now positioned to release his best work to date “Hidden Scriptures” (which will be released on 3-10-09). With production by names like Pete Rock, Large Professor, Beatminerz, Statik Selektah and 3 time DMC champion DJ Ace and with a lead off single “Feeling” by Beatminerz, and “Mind Power” by Large Pro that have garnered raves, Krumb is sure to please his old fans and acquire new ones with “Hidden Scriptures.”

From the streets of “Lawtown” to new found label Str8up Entertainment, Krumb is back with a new sound and moniker on “Hidden Scriptures.” It’s the rebirth of K.S. and the death of Krumb, as stated in his song “Begins” produced by the legendary Pete Rock as he explains “The vibe was totally different on this one Krumb explains. I wanted to show everyone the other side of me. I feel like I’ve been walking in the dark for to long and I wanted to give the people my inner me.”

With such much turmoil in the music industry today, Krumb feels that with all that has happened in the last year alone, music and its artists should set a new tone by educating fans and picking more social topics that are relevant to people today as he laments “Music should give people a mood. Whether it’s a dark one, or an uplifting one, it should explain the matters of heart”. Further, as we get ready to embrace Barack Obama as our President, Krumb wanted to add on to the movement without getting too political. “This album was not to offend anybody, its sole purpose is to inspire. I believe with this contribution fans can see more to the artist than just skills, we are human too” states Krumb.