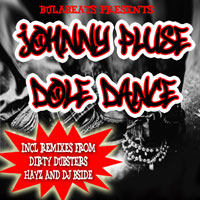 Here’s a track guaranteed to be played at the beggarman’s disco as Irish funky breaks merchant Johnnypluse brings the Dole Dance. JP’s original goes for a nice organic, old school, breakbeat instrumental sound with a big snare that wouldn’t have sounded out of place in an early Coldcut set while remixes come courtesy of Hayz and BSide. Hayz gets his squelchy electro on for those who laugh in the face of anything that even faintly resembles an organic sound while I rather favour END_OF_DOCUMENT_TOKEN_TO_BE_REPLACED