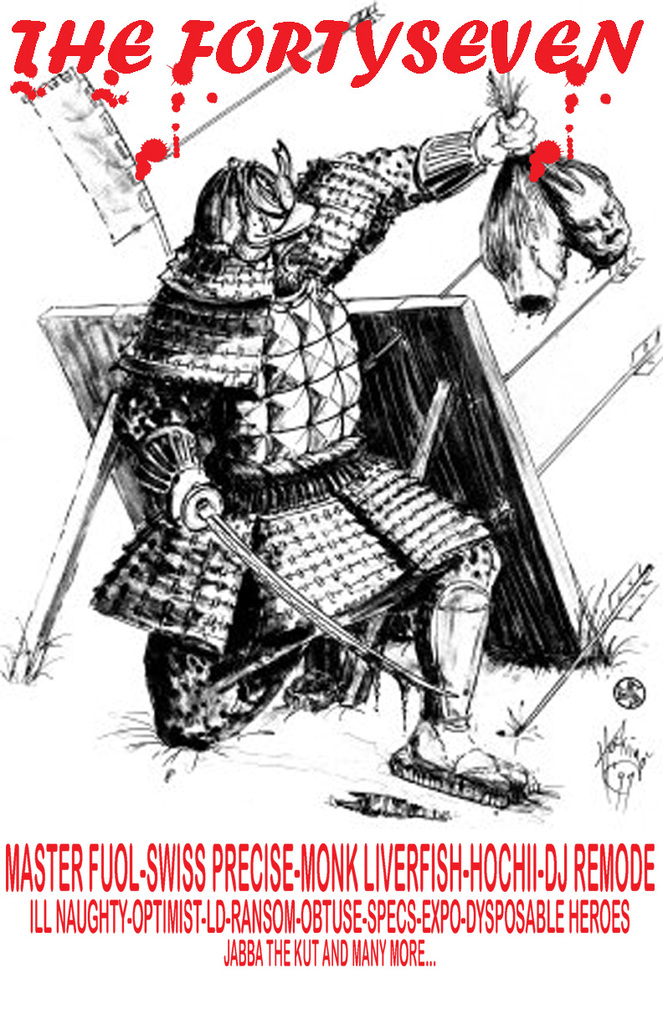 Back in the day there were forty-seven samurai who became forty-seven ronin (and later, simply ‘The Forty Seven’) after the death of their master which they promptly avenged as a matter of honour. Here in the present, The Day The Sun Bled (download promo sampler HERE) is the debut album from hip-hop supergroup The Forty Seven (and trust me – there are nearly that many of them) numbered amongst whom are the following: Swiss Precise, Master Fuol, Monk Liverfish, Hochii, DJ Remode, Ill Naughty, Optimist, LD-Ransom, Obtuse, Specs, Expo, Dysposable Heroes, Jabba The Kut. Anyone who hasn’t yet clicked on the link above should probably just commit seppuku right now in disgrace! Don’t get any blood on the carpet.