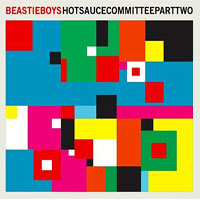 It’s a couple of years late but the Beasties are finally back. Is there anyone else who’s been in the hip-hop game as long as they have who still garners this much hype on the eve of a release? To date they haven’t released a single duff hip-hop album and their last hip-hop release (2005’s To The 5 Boroughs) was a superb effort. On the other hand END_OF_DOCUMENT_TOKEN_TO_BE_REPLACED 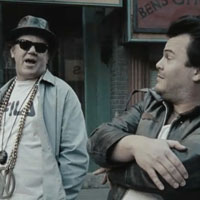 Full Hot Sauce Committee Part 2 review and audio HERE.
“The next millennium we’ll still be old school!” Never a truer word spoken. Beasties just let loose this trailer featuring Will Ferrell, Jack Black, and Steve Buscemi (among others) for their forthcoming half-hour film. Plus you can now hear the full version of forthcoming single Make Some Noise (see soundcloud player below) – since they’ve stopped fighting the fact that END_OF_DOCUMENT_TOKEN_TO_BE_REPLACED

Full Hot Sauce Committee Part 2 review and audio HERE.
I slept on this a bit just to make sure the ‘Rolling Stones’ of rap weren’t pulling another fast one on release dates and album names but it does seem fairly certain that the next proper Beastie Boys hip-hop album drops on 3 May this year – due in no small part to the recovery of MCA from throat cancer. Just to clarify, the album is entitled Hot Sauce Committee Part 2 END_OF_DOCUMENT_TOKEN_TO_BE_REPLACED