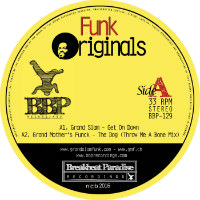 Breakbeat Paradise is a label which has made a name for itself over the last decade and more by providing party breakbeat junkies with all manner of musical goodies, not a few of which have made cheeky usage of samples borrowed from the golden era of syncopated soul. Now the label is returning the favour to the funk with an EP of all-original 70s-style tracks. Aptronymically entitled END_OF_DOCUMENT_TOKEN_TO_BE_REPLACED 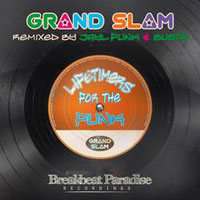 I’ll be the first to admit that if someone told me they’d heard a new single from a German band who’d been around since 1985, I’d be a bit worried. It’s not an issue of nationality, or even longevity, you understand – more the fear of a German band formed in the middle of the devil’s decade sounding like The Scorpions. Or worse, Munchener Freiheit. Not to worry though, Grand Slam play funk. END_OF_DOCUMENT_TOKEN_TO_BE_REPLACED