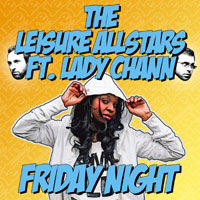 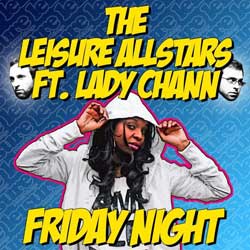 Ahh – Friday night – my favourite part of the week and apparently dancehall queen Lady Chann’s too as she rides a rude Leisure Allstars riddim, an equally rude Professor Dodecahedron remix and a massive dutty-skankin ‘Saturday Morning retox’ from Mr Benn. That’ll presumably be ‘Saturday Morning’ as in ‘still-out-ain’t-gone-to-bed-yet-Saturday-Morning’ given the epic night out that Chann seems to have been planning – “It’s Friday night and that’s party time/ Me call up me bredren and”…er…something incomprehensible to skinny white boys but might be “ma club nah walk fine.” If we lived in a just world this digital single would also drop on 12 inch with all three mixes. Even if we lived in a semi-just world there would at least be a seven inch with the Mr Benn remix on it…it’s not a just world is it? All patois corrections gratefully received.